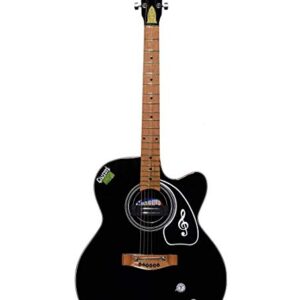 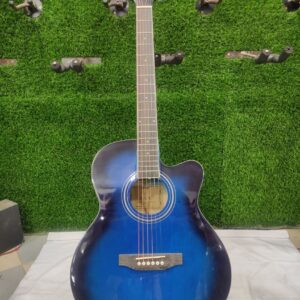 The Fretboard A lot of people mistake the fretboard and the neck of the guitar as the same thing. This is not the case. The fretboard is the long wooden section of your guitar that holds your strings and your frets (see next capsules). Although the fretboard is on the neck, it is not the actual neck. The fretboard is there for one main purpose: to allow the placement of your fingers on the strings so that you can play. The frets of the guitar must also be on the fretboard (hence the name) and these are the next thing on the list of the acoustic guitar’s anatomy
The FretsAs you can see, the fretboard contains several frets, often having less space between them the farther you go down towards the body of the guitar. Frets do one thing: they shorten the vibrating length of that string from the point where you press down with your finger, to the bridge, thus controlling the pitch and sound of the string you play. Basically, by pressing your fingers in between certain frets, and playing that string, you will come out with a different sound.
The Neck The neck of your guitar. It’s pretty self explanatory. The neck basically is the section of the guitar that holds your fretboard, strings, and headstock. The section at the bottom connects into the guitar. As you can see, the neck is quite different from the fretboard, as it pretty much contains the fretboard, as well as several other parts.
The Position MarkersThe position markers are little dots in between certain frets on your fretboard. What these little guys do, is give you an easy reference to what fret you are playing at. These dots are also called inlays and are positioned at certain points. For instance, the most popular schematics for these position markers involves single inlays on the 3rd, 5th, 7th, and 9th fret, double inlays(two dots instead of one) on the 12th fret, single inlays on the 15th, 17th, 19th, and 21st, and if present, double inlays on the 24th fret.
The StringsOh, the strings. The beautiful heart of the guitar, the part that makes your songs and melodies and arpeggios and chords come to life. Strings are needed to play the guitar, and are used at two different points: on the fretboard, where your fingers press down on strings to change the pitch and sound, and also over the soundhole, where the strings can either be strummed, plucked, or fingerpicked. Strings must be tuned properly for the desired sound, and must be well maintained.
The guitar strings. If you don’t know what these bad boys do, then perhaps you should read the capsule to the left. (Or pick a whole different instrument)The guitar strings. If you don’t know what these bad boys do, then perhaps you should read the capsule to the left. (Or pick a whole different instrument)
The SoundholeThe soundhole on a guitar is a trademark feature of an acoustic. Electric guitars do not have soundholes, unless they are both an acoustic/electric guitar. The soundhole on a guitar provides you one thing: acoustics. This is where sound reverberates into the soundhole and amplifies that specific note/notes. When playing, it’s best to play just over the soundhole, for a maximum, clean sound. Consider it a speaker for your guitar. Or the mouth that she talks from.The soundhole is where the acoustics happen. It’s best to play just over the soundhole on the guitar, for maximum sound.
The BridgeThe bridge of your guitar can be considered the final destination of your strings down your acoustic. Here, the strings run over the saddle, (see next capsule for description) and run into the string pegs, where they finally settle into their resting place. The bridge is the black material seen in the picture to the right, and is set to hold the pegs and saddle in place. Think of it like a stylish floor mat. Sure, the pegs and saddle could be placed on the actual wood of the guitar, but how would that look? Horrible. If you needed an answer to that.
The SaddleThe saddle plays the same role as the nut. If you need a refresher on the nut, head to the top of the page. What the saddle does is, just as the nut holds the string in place at the top of the guitar, the saddle does the same at the bottom. In the saddle are six grooves for the strings to nestle snugly inside on their way to the string pegs, where they will end their long trip. The saddle is there for string support, and to keep them tight so the sounds you play are strong and crisp. If you need direction, the saddle is the white strip of material in the picture to the right.
The StrigpegsAlso called bridge pins, string pegs are similar to your tuning keys. These little guys hold your strings into the bridge of the guitar, and keep them there. If a string peg were to ever come loose, so would your string, and the note you were playing would take a dive straight into the murky waters of off-key horror. String pegs keep the strings tight over the saddle, and is their final resting place on the long journey down the neck and into the body. Replacing string pegs is fairly easy, but be careful not to make the string too lose. When replacing them, make sure you are holding the other end of the string tight, because the tension is what keeps these strings from falling out.
Package Include (For Guitar)

Package Include (For Guitar)

There are no reviews yet. 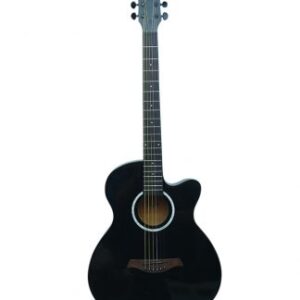 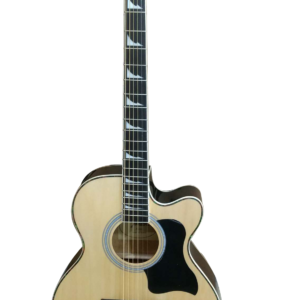 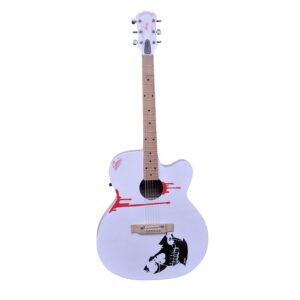 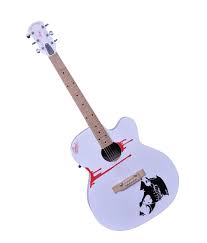 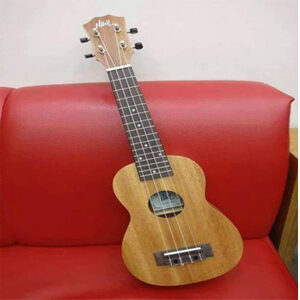